Current members of the SPARC Scientific Steering Group (SSG) are: Co-chair of the SSG. Seok-Woo is an associate professor at the Seoul National University, Republic of Korea, primarily working on the large-scale atmospheric dynamics, upper troposphere-lower stratosphere processes, and stratosphere-troposphere dynamical coupling. He has been actively involved in the SPARC projects such as the CCMVal2, DynVar, and SNAP, and co-authored the WMO ozone assessment reports in 2010 and 2014. He has been (co-)convening SPARC-related sessions in the AGU and EGU meetings and is interested in regional activities in Asia.

Karen is a Program leader and  Senior Scientist for Climate and Climate Change at NOAA/ESRL. Her expertise is in interpretation of stratospheric constituent, aerosol, and temperature data. She is an author of 111 peer-reviewed journal publications. She co-chairs the SPARCs upper troposphere and stratosphere Water Vapor Assessment (WAVAS-II), served as lead author in the first SPARC water vapor assessment and participated in SPARC ozone trends and temperature activities. She is co-author for WMO/UNEP Scientific Assessments of Ozone Depletion; a reviewer and contributing author for IPCC, and a lead author for a GRUAN Network Expansion report.

Amanda Maycock is Associate Professor and Director of the Institute for Climate and Atmospheric Science at the University of Leeds. Her research covers climate variability and change across timescales, atmosphere-ocean interaction, midlatitude dynamics, teleconnections, stratosphere-troposphere coupling and atmospheric composition. Amanda co-led the SPARC activity Atmospheric Temperature Changes and their Drivers. She served as Lead Author of the IPCC WGI Sixth Assessment Report and Co-ordinating Lead Author of the 2018 WMO/UNEP Scientific Assessment of Ozone Depletion and was a member of the US CLIVAR working group on tropical widening. She led the SPARC Task Team to develop the new SPARC Strategy 2022-26. Gufran works as Project Director at the Indian Institute of Tropical Meteorology, Pune, India. His area of research is atmsopheric chemistry and air pollution. He developed India’s first air quality forecasting project “System of Air Quality and Weather And Research” (SAFAR) and contributed to the assessment of its impact on human health and food security. Specific topics of expertise include long term changes and trends in the troposphere and stratosphere and hemispheric transport of chemical constituents.

Andrea is deputy director of both, the “Center for Atmosphere and Ocean Research” (CIMA/CONICET-UBA), and the “Argentinian-French Institute for Climate Studies and its Impacts” (UMI-IFAECI, jointly sponsored by CONICET-UBA-CNRS-IRD). She is co-head of a research group on Mechanism of regional climate and its Impacts, has leaded and coordinated several international research lines and projects, and was a member of the team that developed the “3rd National Communication of Climate Change” and its climate database to support impact studies in Argentina. Her current work concentrates on understanding aspects of regional climate variability and change related with the soil-atmosphere interaction, as well as their ecological and socio-economic impacts. 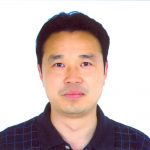 Wen obtained his PhD in the Institute of Atmospheric Physics (IAP), Chinese Academy of Sciences (CAS) in 1994. Currently he is director of the Center for Monsoon System Research at IAP/CAS. And he is also an adjunct professor at the University of the Chinese Academy of Sciences. His research interests include East Asia monsoon climate, atmospheric circulation and teleconnection patterns, stratosphere-troposphere dynamical coupling, and different types of El Niño and their effects on climate. He also served on several national review panels including the National Natural Science Foundation of China – CAS advisory panel that define future priorities in atmospheric science and climate change research. 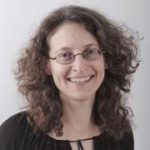 Nili is a Professor at the School of Geosciences, Tel Aviv University, Israel. Her reserach interests are: i) The large scale circulation of the troposphere: How the mutual interactions between the Hadley circulation, the zonal jet streams and mid latitude waves shapes the global circulation; How the different dynamical regimes affect the dominant wave modes, the characteristics of internal variability, and the distribution of extreme events. ii) The large scale circulation of the stratosphere: The interaction of planetary scale Rossby waves with the polar jets in the stratosphere, how it affects internal variability, and how the dynamics interacts with radiation and ozone; Waves and instabilities in geophysical flows: The fundamental processes which shape geophysical fluid flows, like shear flow instabilities, nonlinear equilibration of waves with the mean flow, interaction of waves and turbulence, jet formation and sharpening. Harry is senior principal research scientist and Climate Processes team leader at the Bureau of Meteorology (BoM), Melbourne. His research focuses on mechanisms and predictability of climate variability from weeks to decades and contributes to the development of the BoM seasonal forecast systems.  He has a focus on variability, predictability and impacts of organized tropical convection, including the interaction of the QBO with the MJO, and on the Southern Annular Mode, including the role of coupling with the stratosphere.  He is a member of the WWRP/WCRP Subseasonal-to-Seasonal Prediction Project Steering Group and previous co-chair of the WCRP Asian-Australian Monsoon Panel.

Takeshi is a professor at Hokkaido University, Japan. His carrier started in studying convective generation of waves propagating into the middle atmosphere and the quasi-biennial oscillation in the equatorial stratosphere. He now utilizes his expertise in atmospheric dynamics for variety of themes such as tropical cyclones, Venus’ atmosphere dynamics, mid-latitude meteorology and climate, and middle atmospheric dynamics. He is currently the chief editor of Journal of the Meteorological Society of Japan. 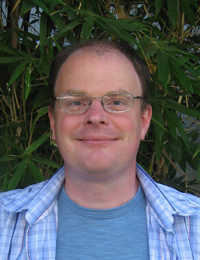 Nathaniel is currently the Principal Investigator for the Microwave Limb Sounder (MLS) instrument on the Earth Observing System Aura spacecraft, launched in 2004. His research interests are centered on microwave space based observations of the chemistry, hydrology and dynamics of Earth’s atmosphere. Most of his work has focused on the MLS experiments both on Aura and the earlier Upper Atmosphere Research Satellite (UARS) launched in 1991. Before becoming Aura MLS PI, he was responsible for the MLS ‘retrieval’ algorithms. These convert the raw observations of the microwave signature of the atmosphere into measurements of atmospheric composition, temperature, humidity, and cloud ice. 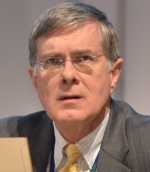 Michael is a Professor of Earth System Science at University of California, Irvine.  After an extended post-doc at Harvard, he moved to GISS with part-time assignments at Columbia and NASA HQ as a program manager for upper atmosphere program.  His research is founded on atmospheric chemistry and transport modeling, developing new process models and numerical methods.  Current studies focus on the chemically reactive greenhouse gases and model-measurement comparisons, particularly the development of relational metrics for chemistry-climate modeling.  He has been involved in ozone assessments beginning at Harvard and then became involved in IPCC assessments after moving to Irvine in 1992, as convening lead author or lead author on eight reports.  He served two terms on the International Ozone Commission and spent a year working in the U.S. State Department. 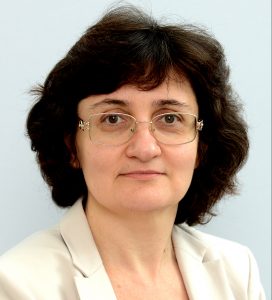 Viktoria  is senior research scientist at Finnish Meteorological Institute.  She has broad scientific interests and expertise: middle atmosphere chemical composition and dynamics, atmospheric remote sensing, gravity waves and turbulence, inverse problems, data merging and trend analyses.  Her specific expertise is satellite measurements in limb-viewing geometry.  Viktoria is actively involved in the ESA Climate Change Initiative and in several SPARC projects such as LOTUS, TUNER, and ATC. She participated in the recent WMO Ozone Assessments as a contributing author. 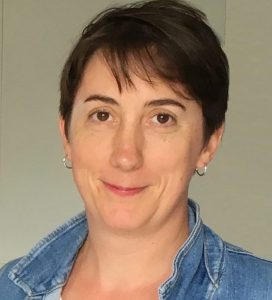 Sophie Szopa is a senior scientist. She investigates the chemistry of the troposphere by numerical modeling. She aims at understanding the evolution of the tropospheric composition under the effect of emissions (anthropogenic and biogenic) of reactive compounds and their oxidation in the atmosphere. Her research covers intercontinental transport of pollution, chemistry-climate interactions in the 21st century), and the evolution of the oxidative capacity in the distant past. She was a drafting author of the Summary for Policymakers and a Coordinating Lead Author of the Chapter on Short-Lived Climate Forcers (SLCFs) in the framework of the 6th Assessment report from the Working group 1 of the IPCC (released in August 2021). This chapter aims to jointly discuss the effect of SLCFs on climate and global air pollution. 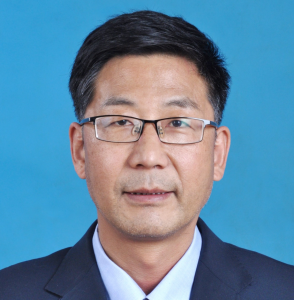 Wenshou Tian is currently working at Lanzhou University as the head of College of Atmospheric Sciences. His main research interests are stratospheric chemistry and climate interactions as well as stratosphere-troposphere coupling. He was granted by National Natural Science Foundation of China (NSFC) for Distinguished Young Scholars in 2012. He is now the group leader of the key research area on the interactions between troposphere and middle atmosphere in China. Don is Professor of Atmospheric Science at the University of Illinois. He is an expert in atmospheric physics and chemistry, with over 500 scientific publications related to the Earth’s climate, air quality, and the stratospheric ozone layer. In addition, he has co-authored a number of policy-relevant scientific assessments, including as a coordinating lead author for the 2013 IPCC report on the science of climate change, the 2014 U.S. National Climate Assessment, and the 2014 WMO assessment on stratospheric ozone.